In the age of ubiquitous, constant progress, we are familiar with daily revolutions. Our tiny, intelligent gadgets are truly amazing: we trust them in almost every area of our lives. Considering that, some of the facts from not-so-distant past might seem unbelievably awkward. We're proud to present you five shocking anecdotes from tech world that will completely blow your mind!

1. Till 1995 everyone could register domain name for free!

Back in 1995 the internet wasn't so powerful as today, but obviously it was a great opportunity for users to own all kinds of domain names. Such registration was completely free until the moment when one company took the rights to charge people for it. It was called Network Solutions and their prices were pretty expensive – they started at 100 dollars per only two years of registration. 30 percent of this amount was a fee for National Science Foundation. Basically, it was supposed to built the Internet Intellectual Infrastructure Fund. In 1997 the price went down to 70 dollars per two years.

The first pointing device ever was invented in the sixties by two scientists from the Stanford Research Institute (Engelbart and English). They name of their work was referring to the X&Y axes (X-Y Position Indicator for Display Systems). It's big demonstration was done in 1968 with Xerox Alto computer. Engelbart lecture is now called 'mother of all demos' – he showed off control, windows, graphics, word processing and file linking using a useful 'mouse'. Actually, he was the one who created that funny name too – he has associated the sticked-out cable with a rodent's tail. 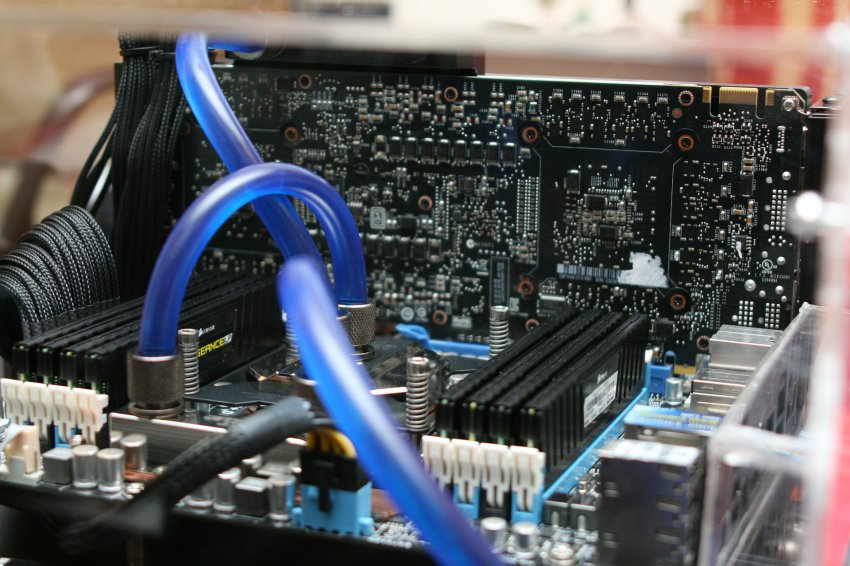 3. Computer which ran on water

Russians are capable of unbelievable things. In 1936 Vladimir Lukyanov built a computer with an unusual visible system of counting. In those days transistors weren't miniaturized – all the gears, beads, levers and pivots needed a reliable power source to work. Lukyanov was the one who thought about using water for that purpose. His machine, which solved partial differential equations, was a complex system made of interconnected tubes filled with water. Now you can see a Water Integrator in Moscow's Polytechnic Museum.

We've not always had smartphones. There was a time when advanced calculators were a real hit. People used them to store simple data and solve differential equations (with some limitations). Finally such calculators have become 'allowed' in exam halls, but devices with QWERTY keyboard were still banned because being to close to the traditional computer's definition. To solve this problem, Texas Instruments launched graphing calculators with ordinary ABC layout.

Last but not least – weird tech fact from the present. Do you know that Wikipedia needs a whole army of anti-vidal bots? In fact, free knowledge has its price. All users have access to information but also all of them can edit pages and act like vandals. Robust moderation system has its limitations, so Wikipedia needs some help from computer programs. The bots (thousands of them) follow all changes and if they detect the act of vandalism, they just revert it back.